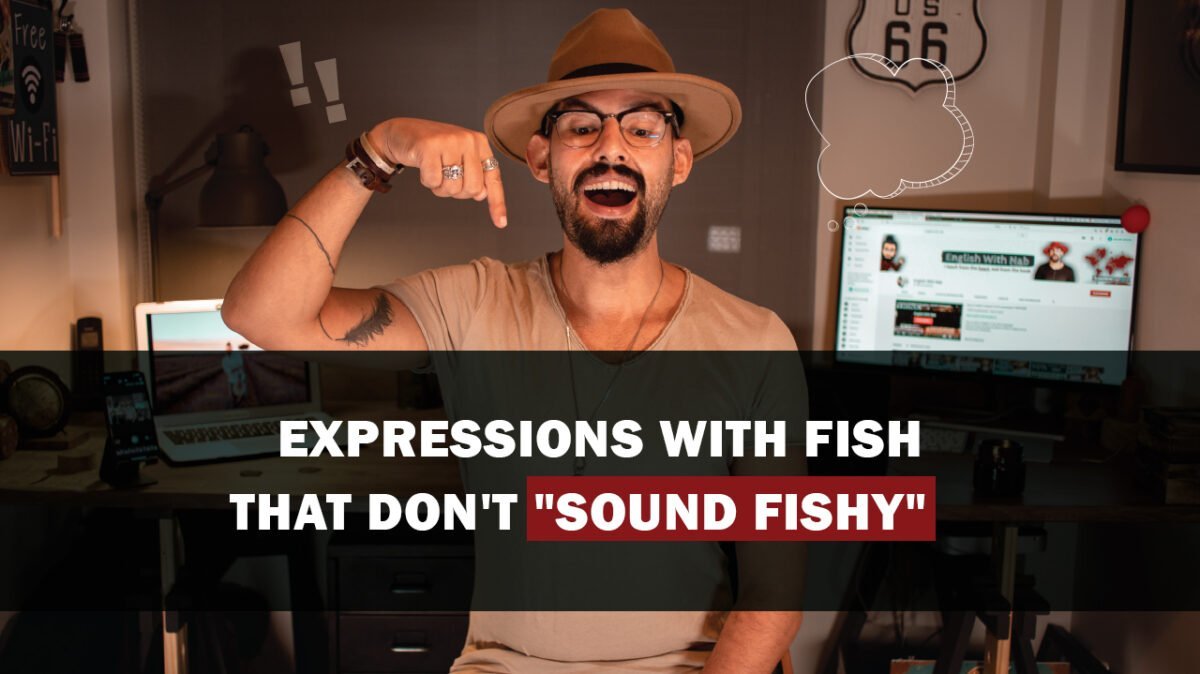 A fish out of water

Someone who is uncomfortable in a specific situation:

An important or influential person.

A big fish in a small pond

A person seen as important and influential only within the limited scope of a small organization or group.

A person in a completely unsuitable environment or situation.

Have other (or bigger) fish to fry

Have other (or more important) matters to attend to.

Neither fish nor fowl (nor good red herring)

Of indefinite character and difficult to identify or classify.

There are plenty more fish in the sea

Used to console someone whose romantic relationship has ended by pointing
out that there are many other people with whom they may have a successful relationship in the future.

Something that doesn’t sound right, is questionable, sounds strange or suspicious.

previousHow to express how HAPPY you are
nextLearn this expression about sleep, and “don’t fall asleep at the wheel”