Do you wanna be the number 1? 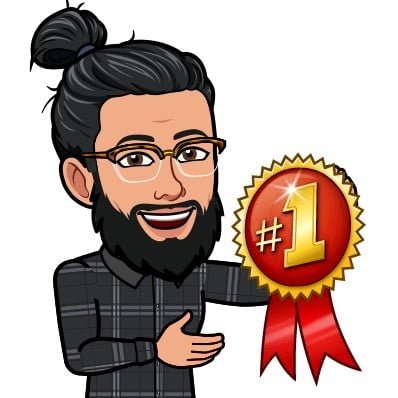 You’re tired of the small stuff. You have a burning ambition to achieve something big with your life: write a novel, make a million dollars, go tap-dancing on Mars.
Few will dare to even try. Are you willing to be one of them?

1. Find out the price

Every achievement can be converted into a measure in time.
Want to write a novel? You’ll probably need 400 hours.
Learn the piano to a high standard? A couple thousand.
Earn a million dollars? Think 10,000 or more (and quite a bit of luck, but time can buy you that too).
These aren’t the only costs you’ll pay of course; a pianist still needs a piano. But any resources you need pale in comparison to the demand for your time.

Think of what you’re best at. You’ve already spent a lot of time working on it. The things you suck at? Haven’t done them as much.
Some people may learn faster than others, some may have higher ceilings to reach, but regardless: the biggest difference between success and failure is total time invested.

Not sure how many hours you need? Find someone else who came before you. Before every successful bodybuilder, entrepreneur and cosmonaut came an ocean of time and effort. Don’t ever be fooled into thinking otherwise.
Time is the price you must pay for anything. If this hasn’t put you off, figure out how much you need and then…

You only have so much time in a day – just like everyone else. Look at an average day:

If you shave 20 minutes off your drive to work that’s a hundred hours a year. Could you change your work hours to avoid some traffic?

When you’re working on big stuff, finding a spare hour every now and then won’t work. Consistency is the key. Consistently doing small amounts every day adds up. It’s like a savings account; except unlike money, time is something you likely have enough of already. You just have to allocate it properly.

Some really big goals – like becoming an astronaut – need colossal amounts of time: ten thousand hours or more. That’s not going to come from cutting back on TV. You only have two choices: become a full-time student, or a full-time employee of your goal. Start as early as you can in life. Give it 7 hours a day, 5 days a week and you’ll be 1,820 hours closer every year.

Think you can shortcut this? Maybe a little, sometimes. But we can’t train doctors in a year. We only let our pilots fly when they’ve accumulated enough flight time. JK Rowling could not have written Harry Potter in a free afternoon.

If you look at the biggest achievers, they’ve usually snowballed themselves into a force of tremendous momentum.

A wannabe writer – say – might start by publishing their own blog. Slowly, their modest work earns them praise, a growing audience, and a part-time gig writing on the side. Eventually, they have 10 articles to write every week and a novel underway.

A commitment can grow into a force by itself. Like everyone, our wannabe writer’s willpower falters from time to time. But they don’t need willpower to keep going anymore – at a certain point they need willpower to stop. They’ve created something which forces them to keep going, even on days when they loathe the sight of their word processor.

So it is with most of us and our choice of professions. The person who takes a job is likely, whether they want to or not, to get better at that job. The person who makes a habit out of going to the gym every day eventually feels ill if they abandon it. Commitment becomes a habit. Success begets success.

You need to make sure where you spend most of your hours is where you want the biggest growth. And then do everything you can to build that snowball.

Not everyone strives to achieve big things with their lives, and that’s ok. Success comes at a price, and it’s not one everyone should want to pay. But for some of us, it’s hard to imagine not doing so. The idea of having lived our lives, knowing what you could have done, but didn’t – is far scarier than the idea of making a considered sacrifice.

Whatever you want, it’s all yours