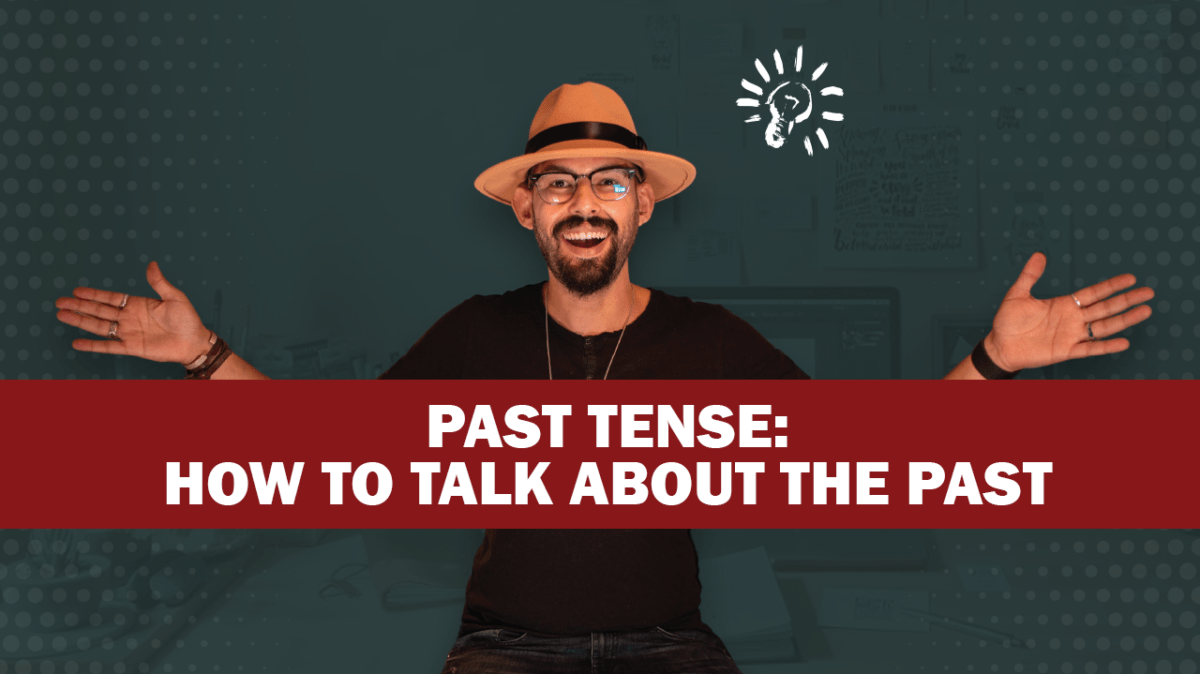 Past tense: how to talk about the past

The past tense describes events which occurred before the present – before “now.” For example:

“I talked to my mom last night.”

“There was an earthquake this morning.”

“I had a treehouse when I was young.”

The past verb form can be used in the following four aspects:

1) Past Simple is used to show a short activity that happened in the past.

The base form of every verb (talk, have, make, do, etc.) is modified according to the subject.

“He talked for hours.”

“They had dinner at Frankie’s.”

“She did the laundry last night.”

2) Past Continuous is used to show a longer activity that happened in the past, describe an action that is incomplete, or show an action that was in the process of happening until now.

The structure is was/were + base verb + ing (present participle).

“They were having lunch.”

“She was doing her taxes.”

“He was calling your phone.”

“They were driving to work.”

3) Past Perfect is used to show an activity that happened before another activity in the past.

The structure is had + base verb (past participle)

“I had already lived in three countries before I met you.”

“We had studied English before moving to Australia.”

“I hadn’t swum all day when the thunderstorm came.”

4) Past Perfect Continuous is used to show that something started in the past and continued up until another time in the past, show that the activity does not continue until now, but rather stopped before an event in the past.

The structure is had + been + base verb + ing (present participle).

“They had been walking for over an hour before someone found them.”

“She had been relaxing in the park when it started to rain.”

“How long had you been sitting around doing nothing?”

“They had been talking for days before they started dating.”