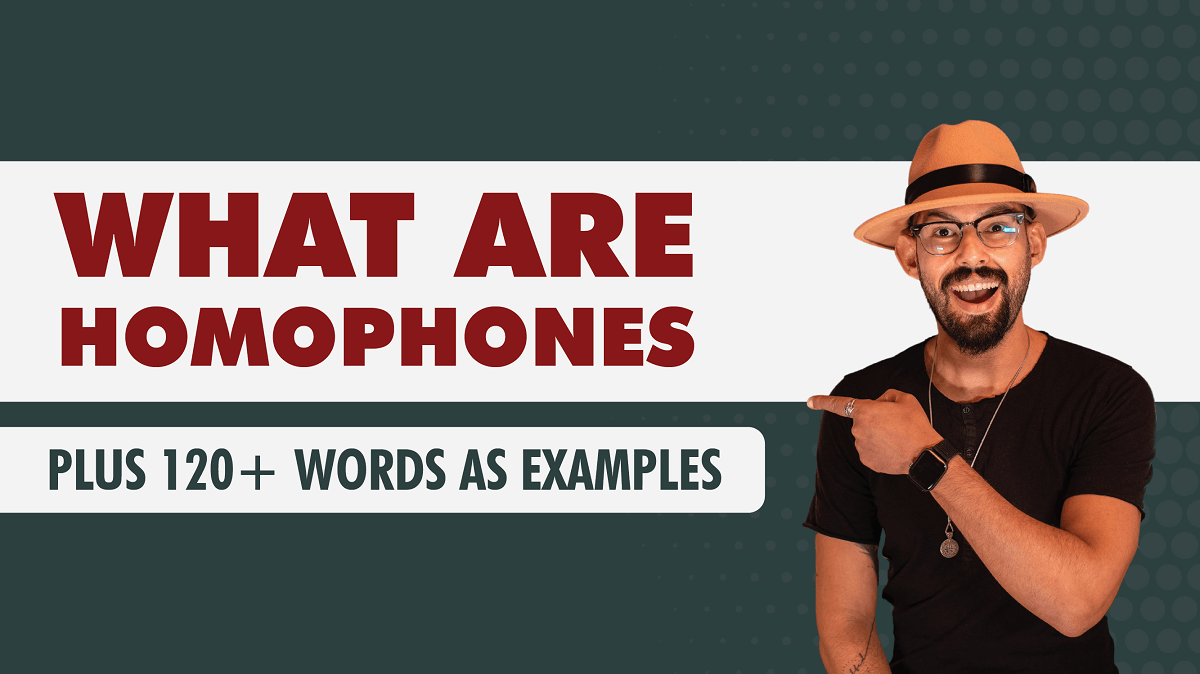 English can be a confusing language to learn!

Have you ever come across two words that sound the same, but have different meanings? These are called homophones.

In this detailed guide, you will learn 60 sets of homophones with real native examples.

Homophones are two or more words that sound the same (identical pronunciation), but have different meanings. These words are often spelt differently in English too (e.g. Flower vs. Flour).

English has more homophones than most languages because its pronunciation has changed a lot over time, while its spelling has changed very little. Many words have been borrowed from other languages through the centuries and this explains why English spelling is so strange (or confusing!).

For example: right (Old English: riht) vs. write (Old English: writan) vs. rite (Latin: ritus). In the past, these words would have been pronounced differently, but today they all sound the same in modern English.

Let’s take a look at some homophones!

Here there’s a video about homophones. So you can practice listening and pronunciation.