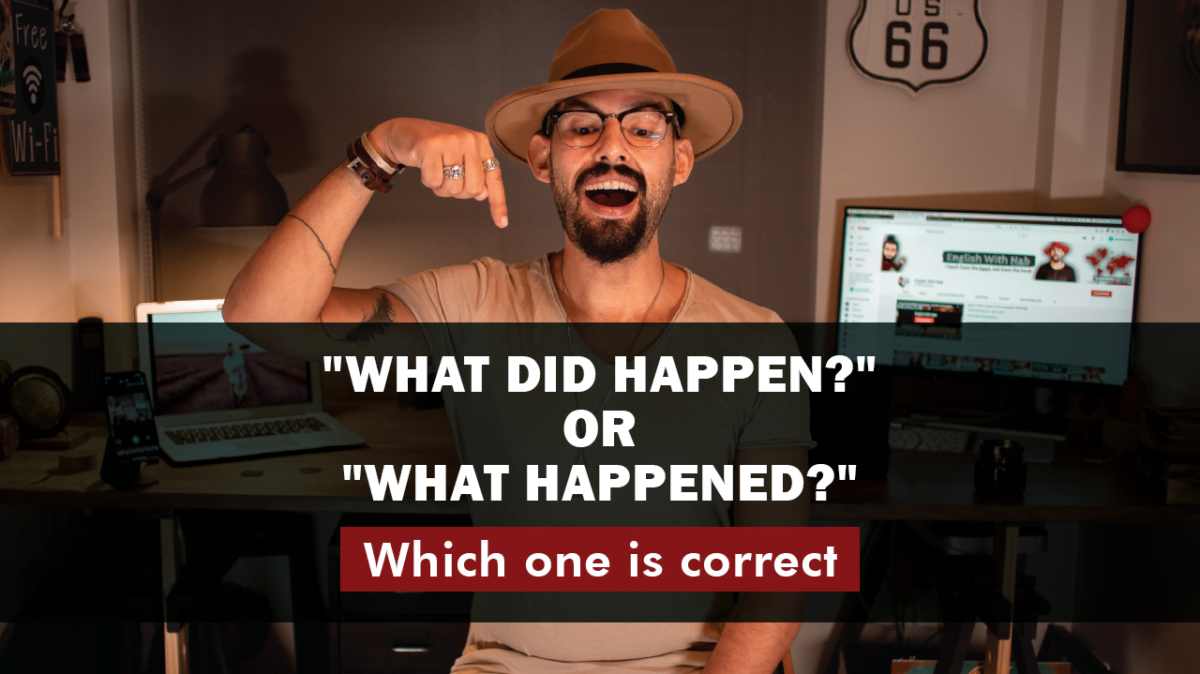 This is a LONG answer — the question hits home on a classic example of the English language’s tendency for exceptions. It causes lots of confusion even for native speakers.

Both forms are grammatically correct (contrary to the insistence of some British grammar purists). The first one (“What happened?”) is the one most of us would likely ever need in normal life.

For example, take the basic sentence “Jack wrote the essay.”

Ask yourself — who wrote the essay?

This is a subject question. Jack (‘who’) is the subject of the verb wrote. When a question is about the subject, we use the verb in its correct tense without an auxiliary verb.

Ask yourself — what did Jack write?

This is an object question. Although ‘Jack’ is the subject of the question itself, the object of the verb write is actually ‘the essay’ (represented by ‘what’). When a question is about the object, we use an auxiliary verb (‘did’) and an infinitive(“write”).

Then in a similar way:

This is a subject question because ‘what’ (the question word) is the subject of the verb happened.

The reason for “What happened?” as more correct:

The usual explanation from grammar purists is that there cannot be a sentence without inverting the auxiliary verb order. In other words, inverting “What did happen?” into a normal sentence doesn’t produce a grammatically correct sentence, so the interrogative must be incorrect too.

That rule is actually meaningless in actual language operation, even if it sounds sensible enough. “Did it rain?” doesn’t have a subject in it, yet the auxiliary verb ‘did’ is invertible to form a proper sentence (“It did rain”) as much as “It rained” is the usual correct sentence form. In short, the rule actually fits for both sentences.

Some more examples to illuminate:

Below are object questions. — The verb and its subject are boldfaced. Objects are italicised. We use the normal interrogative structure with two verbs (infinitive + auxiliary):—

Below are subject questions. — The verb and its subject are boldfaced. We use a different interrogative structure: the tense in correct form but no auxiliary verb.

(Honestly, I wish I never learnt this grammar crap and just went by the “short practical answer” up top of this answer because the results mostly came to the same thing in practical life.)

previous“Go home” or “Go to home”?
next13 Phrasal verbs about love / Relationships