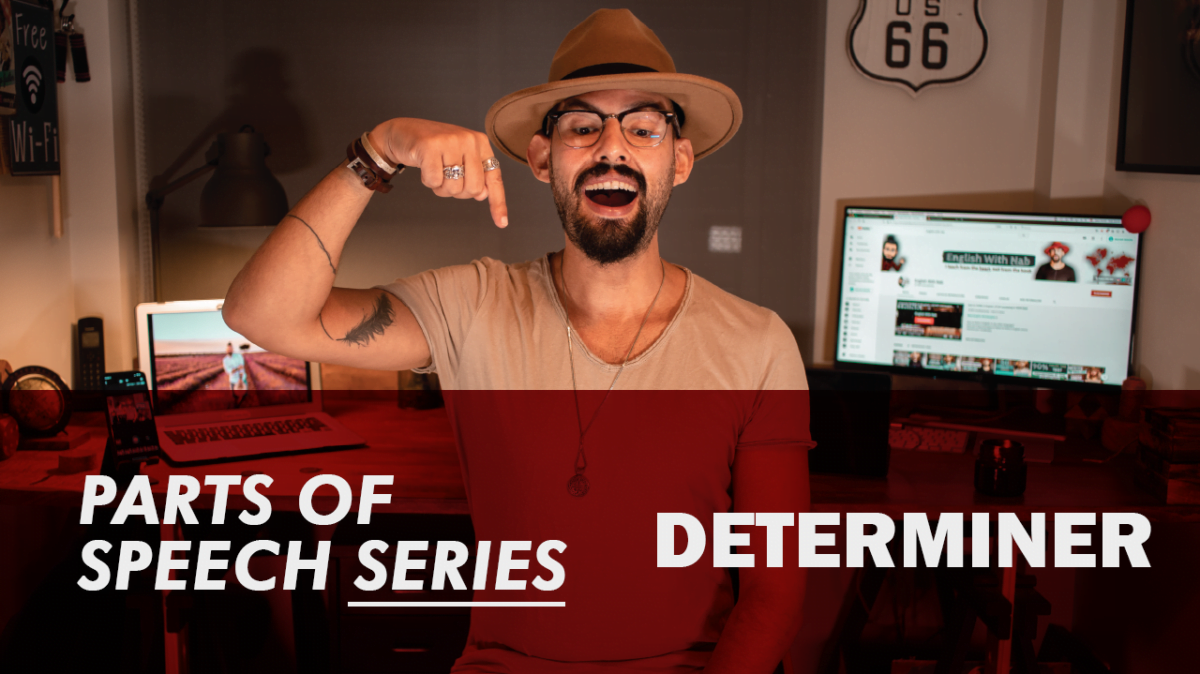 In English grammar, a determiner is a word or a group of words that specifies, identifies, or quantifies the noun or noun phrase that follows it. It is also known as a prenominal modifier. Basically, determiners come at the start of a noun phrase and tell more about what comes after it (or them, in the case of a phrase that has more than one determiner before the noun).

Determiners include articles (a, an, the), cardinal numbers (one, two, three…) and ordinal numbers (first, second, third…), demonstratives (this, that, these, those), partitives (some of, piece of, and others), quantifiers (most, all, and others), difference words (other, another), and possessive determiners (my, your, his, her, its, our, their).

Determiners come in various shapes and forms, with each one of them serving a different function.

The different types include articles, demonstratives, quantifiers, interrogatives, and possessives.

Quantifiers inform us about the quantity or amount of the underlying noun. They’re basically meant to answer the question “how much?” or “how many?”

Examples of quantifiers include a little, a few, most, some, much, and any to name a few.

Examples in a sentence:

As the name suggests, demonstratives are meant to point to a particular noun. They’re also used indicate the position or location of a noun from the speaker’s point of view.

Examples of demonstratives include this, that, these, and those.

Examples in a Sentence:

Examples include my, our, his, her, their.

Examples in a Sentence:

As you could have guessed, interrogatives are meant to ask questions. Examples include what, whose, and which.

Examples in a sentence:

This is the complete lesson on determiners in English Grammar, I hope you liked this lesson, if so then feel free to share this stuff with your friends.

(1) The Definite Article (The)

“The” is called the definite article. It defines its noun as something specific (e.g., something previously mentioned or known, something unique, something being identified by the speaker).

(This is a previously specified lake, i.e., one already known to the readers.)

“A” and “an” are called indefinite articles. They define their noun as something unspecific (e.g., something generic, something mentioned for the first time).