Interjections are words that express feelings like excitement, celebration, awe, indecision, surprise, etc., and are often punctuated with an exclamation mark. They are most commonly used in dialogues, role-play, script writing, and narrative story-telling. Interjections are rarely used in formal or academic writing unless in a quotation.

Below is a table of the various interjections used in English speech. 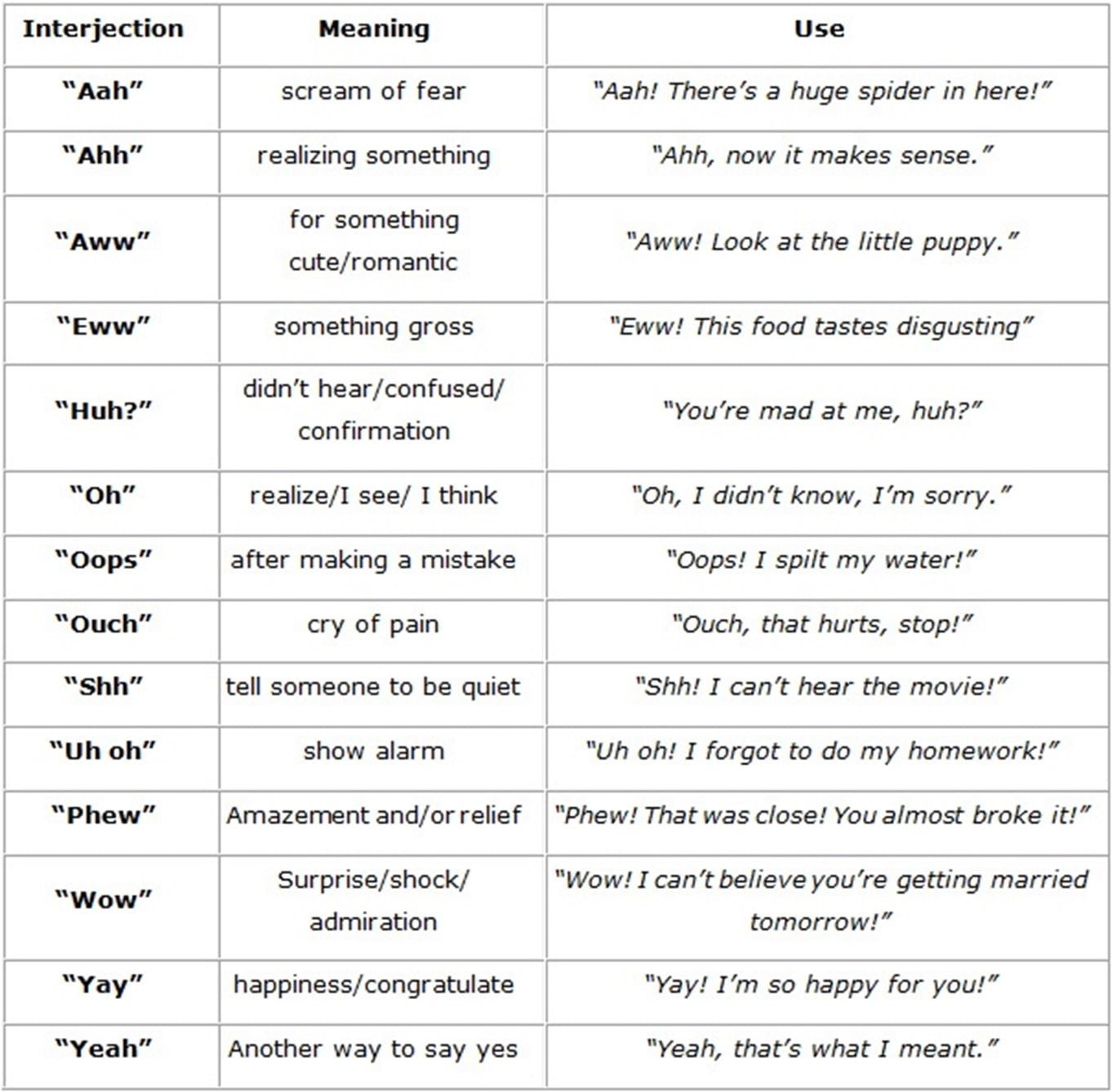 Other interjections, known as hesitation words, are used to stall for time when the speaker is searching for words to say or pondering over a thought:

These words have no real grammatical value, but English speakers use them all the time when speaking. Aside from writing dialogues within a story or script, interjections are almost never used in writing.