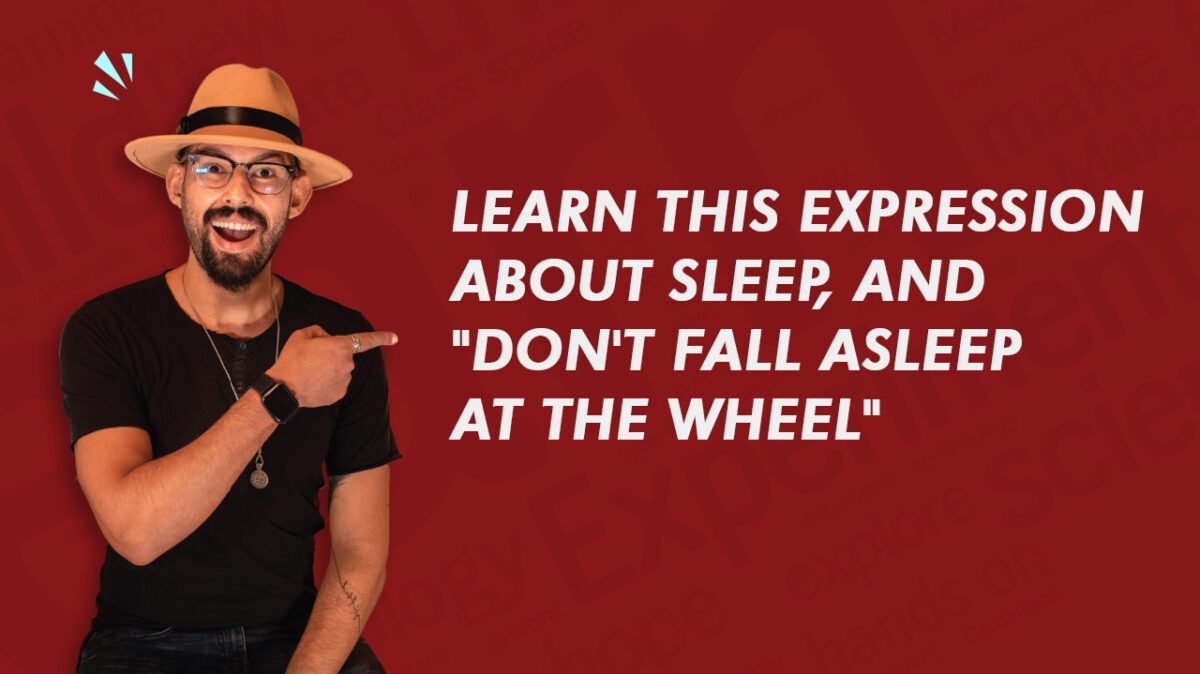 Learn this expression about sleep, and "don't fall asleep at the wheel"

In this lesson, you will learn 8 idioms and expressions regarding sleep. The verb “sleep” is an irregular verb in English. The past simple form is “slept” and the past participle is also “slept”
Sleep like a log
= to sleep very well, without waking up during the night.
A “log” is a long length of wood from a tree. So the literal meaning is to sleep like a piece of wood!.
Examples:
– Nab is sleeping like a log.
– The next morning, Nab says:
– Nab: “Last night I slept like a log.” Fast asleep
= it means to be sleeping very well. “Fast asleep” is an adjective. It is a state.
Example:
– He is fast asleep. To not sleep a wink
= to NOT sleep at all.
Example:
– Nab: “Last night I didn’t sleep a wink.” Hit the sack
= it means to go to bed to sleep. This is an informal expression.
Example:
– Nab: “I’m tired. I’m going to hit the sack. Good night!”
Drop off to sleep
= the moment you start to sleep.
Example:
Nab dropped off to sleep after lunch. Fall asleep
= to start to sleep.
Example:
– Nab is falling asleep on the floor. Sleep in // lie-in
= It means to sleep until a later time than usual. (by choice)
“Lie-in” is mainly a British English word and expression. It isn’t often used in American English.
Example:
– In American English, we say “to sleep in”
– in British English they say: lie-in
Example:
– It’s the weekend. Nab is sleeping in.
– It’s Saturday. Nab is having a lie-in. Oversleep
= It means to sleep until a later time than usual. (NOT by choice)
This is a verb.
Example:
– Nab wakes up late. When he arrives at work, he says to his boss:
– Nab: “Sorry I’m late. I overslept.”
previousExpressions with Fish that don’t “sound fishy”