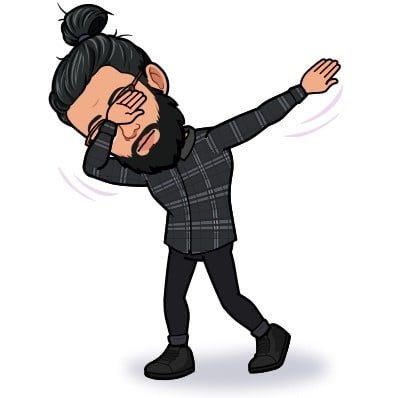 No matter how dedicated you are to learning the English language, new and unfamiliar slang words will always appear in everyday conversations.

Chances are, you’ve seen these words being used in social media content or in everyday American conversations.

This is a HUGE problem with most traditional English courses, because these words aren’t in textbooks …

Here is a list of slang words to help you master American Conversational English!

Chick – (noun) Another word meaning young female, generally referring to females the ages of 12-40 years old. ‘Chick’ is most often used between people who know each other. However, it can also be used to imply a female you have no connection with.

BAE – (noun) BAE is an acronym that stands for “before anyone else”. It could refer to your significant other or best friend. Example is Jenna is my BAE.

Boo – (noun) Boo is very similar to Bae. It usually refers to boyfriend or girlfriend (or wife/husband). Example is Love you Boo!

Poppin’ – (adj) This word is used to describe a social event that is doing very well. Often used in terms of parties, gatherings, or clubs.

Lit – (adj) Lit has a very similar meaning to poppin. You can say “the club was lit” – meaning the club was fun!

Ride or Die – (adj) Originally a term that bikers used, ride or die is used in American Spoken English to refer to best friend, lover or partner. For example, you can say, “Jimmy and I have gone through some stuff but she is my ride or die”

Dope – (adj) A general word that describes anything or anyone as being very fun, exciting, or cool. For example, you can say “Kevin is fun to hangout with. He is dope”.

sick – (adj) You would think this word has a negative connotation, however, ‘sick’ is similar in meaning to, “very exciting!”, “amazing!”, etc. While it can be used to describe a person, it is most often used in American slang English to describe experiences or things that someone thinks is amazing.

Awesome – (adj) The use of the word ‘awesome’ in American language has received a lot of attention lately. While the word actually means ‘exciting’ or ‘awe inspiring’, it is very frequently used as a sarcastic phrase to sum up just about any emotion – negative or positive.

Nada – (pronoun) Used instead of the word, “nothing”. However, it is generally used as the answer to a question rather than in the middle of a sentence.

Brah – (pronoun) Brah is another way of saying “are you serious” in Conversational American speaking.

On point – (adj) On point is a colloquial way of saying that something or someone is attractive or  fashionable. For example, you can say, “Her makeup was on point”

On fleek – (adj) On fleek is another way of saying something or someone is attractive or  fashionable. If you are hanging out with someone who uses a lot of slang, you might hear them so “Yo brows are on fleek” – which means your eyebrows look great!

Goals – (verb, adj) If you see someone commenting #goals on a Facebook photo, it is a subtle way of saying they are jealous and want a similar experience.

GOAT – (adj) GOAT is an acronym that stands for greatest of all time. In conversational English or in the world of social media, this is a very commonly used expression. For example, you can say “these sneakers are GOAT”

Low Key – (adj) If you see someone says “let’s keep it low-key” for now, it means they don’t want to tell everyone about it. Another example is: “It is a low key event attended by only a few of my best friends” – means it is an event that was exclusive to a small group.

Nerd out – (verb) To ‘nerd out’ means to get so enthralled and engaged in a seemingly nerdy or geeky activity or topic.

Mood – (verb) Mood refers to something that is relevant. For example, in informal English someone could say “My 2018 mood is all about self improvement and growth”

Chill – (adj, verb) Another common colloquial word in American informal vocabulary. ‘Chill’ can describe something that is relaxed, easy, and fun. It can also be used as a verb meaning you are relaxing, and being easy going.

Bombed – (verb) Usually used in an academic setting, ‘bombed’ means to completely fail something. It is also used as a verb to say you are getting very drunk.

Fire – (adj) Saying something is ‘fire’ means it is outstanding. You can use this slang word to describe everything from food to music.

retweet (verb) – Originating from the online news and networking service Twitter, the linguistic expression, “Retweet”, in conversation means the person agrees with you. Saying this in informal conversation is a form of validating what someone is saying.

Dime – (adj) While not as common in modern spoken English, the word ‘dime’ is sometimes used to describe a female who is sweet, good looking, and kind. It stems from the expression, “She’s a ten!” Meaning she is given a ‘score’ of 10/10. In American money a dime is worth $0.10, hence, the word ‘dime’.

Swing – (verb) The term ‘swing’ has multiple informal meanings in the English language. One meaning is used when telling someone you will come by their house or workplace for a short period of time by saying, “I’ll swing by”. Another informal meaning of the word ‘swing’ is to explain your sexual orientation. If someone asks if you are a homosexual, you may respond by saying, “I don’t swing that way”.

Slide – (verb) This word is used for its literal meaning ‘glide’, but used in terms of a person becoming a part of another person’s life. Ex: “I’m going to slide into her life.”

Hot – (adj) Not to be confused with the temperature, ‘hot’ is a common word in American English to describe something as extremely beautiful or sexy.

Jacked – (adj) A word describing someone who exercises a lot or who has large muscles. For example “Tom spends a lot of time in the gym – explains why he is so jacked up now”.

gotcha – (exclamation) You would use this word on it’s own to acknowledge that you understand something someone is saying.

Swag – (noun) ‘Swag’ has two informal meanings in English. One meaning refers to the free objects you receive at promotional events. Another is in reference to the manner in which someone carries themselves.

Slaying it – (noun) ‘Slay” or “slaying it” means doing really well. In American colloquial English, you may hear someone say ” Mark is slaying it as a

Turn up – (verb) To “turn up” means to party very hard, usually with the implication of drinking alcohol.

Yolo – (phrase and expression) ‘Yolo’ is short for the phrase, “You Only Live Once”. This phrase is popular with teenagers and young adults. It’s meaning is implying that you should live your life how you want because you only get one of them. The phrase is shortened to ‘yolo’ in verbal conversation.

These American English slang words should help you acclimate to the changing and fluid nature of American Conversational English!

Meanwhile, if you found this post useful, BE AWESOME AND SHARE! It’ll make me happy and, more importantly, you’ll be spreading knowledge.