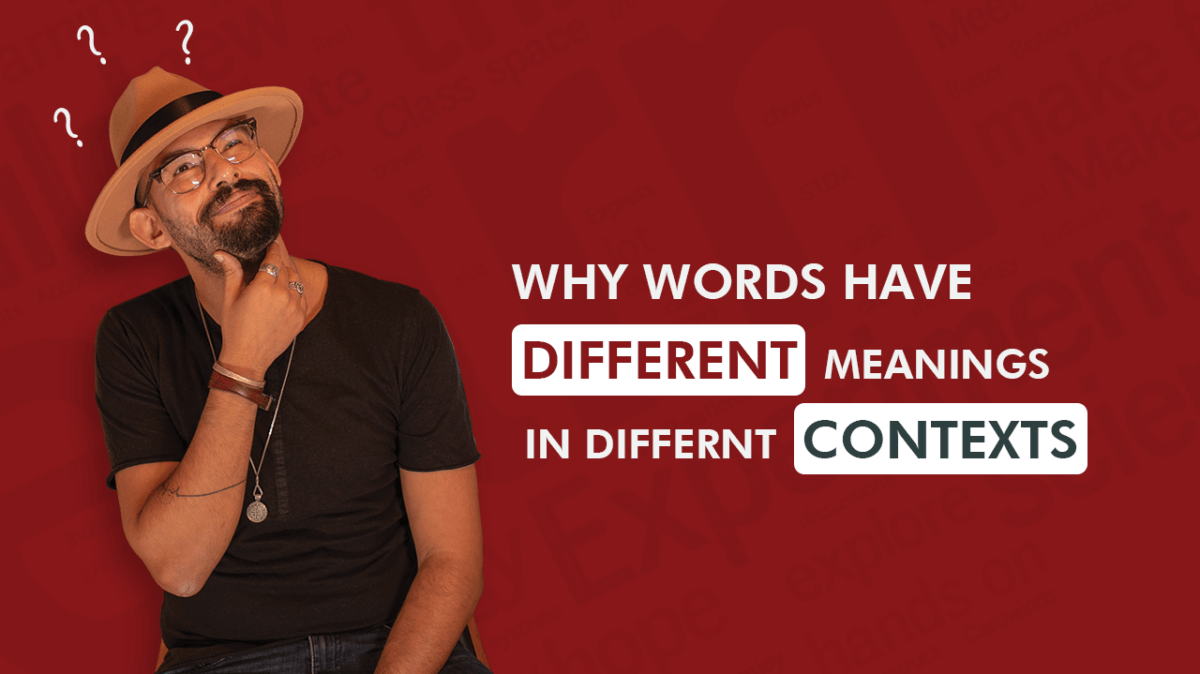 Words, phrases, and expressions can have different meanings in different contexts. The study of these different meanings is known as semantics. This branch of study examines four qualities of word meaning – denotative, figurative, metaphorical, and connotative – which will be described below.

Denotation – The definition of a word that we find in the dictionary, its literal or direct meaning, is known as its denotative meaning. Have a look at the following words, listed with their denotative meanings:

How many times have you opened a dictionary to look up a word, and discovered that the word has only one meaning listed beside it? Essentially never, right? Almost every word in the English language has multiple meanings and may function as multiple parts of speech.

Words with multiple meanings often fall into one of the two categories:

Take a look at the lists of homonyms and homographs below.

Connotations are the feelings, associations, and ideas that certain words invoke beyond their literal or primary definition. These are often culturally based.

Connotations can be negative, positive, or neutral. For example:

The first example, “childish,” has a negative connotation which implies that the person in question acted immaturely. Saying that an adult is acting “childishly” is not a compliment, but is rather insulting, connoting a lack of maturity, responsibility, and wisdom. If an adult is described as “childlike,” however, the connotation is positive.

The second example, “woman,” has a neutral connotation, implying nothing more than the fact that the person in question is female. The word does not imply that she is intelligent, unintelligent, good-hearted, mean-spirited, or anything else. In effect, neutral connotations are better thought of as not having connotation so much as simple, literal meaning.

The last example, “stunning,” has a positive connotation, implying that the dress is beautiful or gorgeous, which can only be interpreted as complimentary.

Here are some more examples of negative, positive, and neutral connotations:

False friends are pairs of words or phrases in two languages that look or sound alike but have significantly different meanings. These types of words present a problem for native speakers of Romance (Latin-based) languages such as French, Spanish, Italian, Romanian, and Portuguese.

There are numerous false friends which are broken into three wide-ranging categories:

These similarities result in students using words they assume to be the similar to words in their native language, but which might be quite different. This leads to errors in speaking and writing, and confusion in listening and reading.

Take a look at some common “false friend” confusions by Spanish, French, and Finnish EFL students:

previousWhat my first lesson has to do with Good Communication Skills