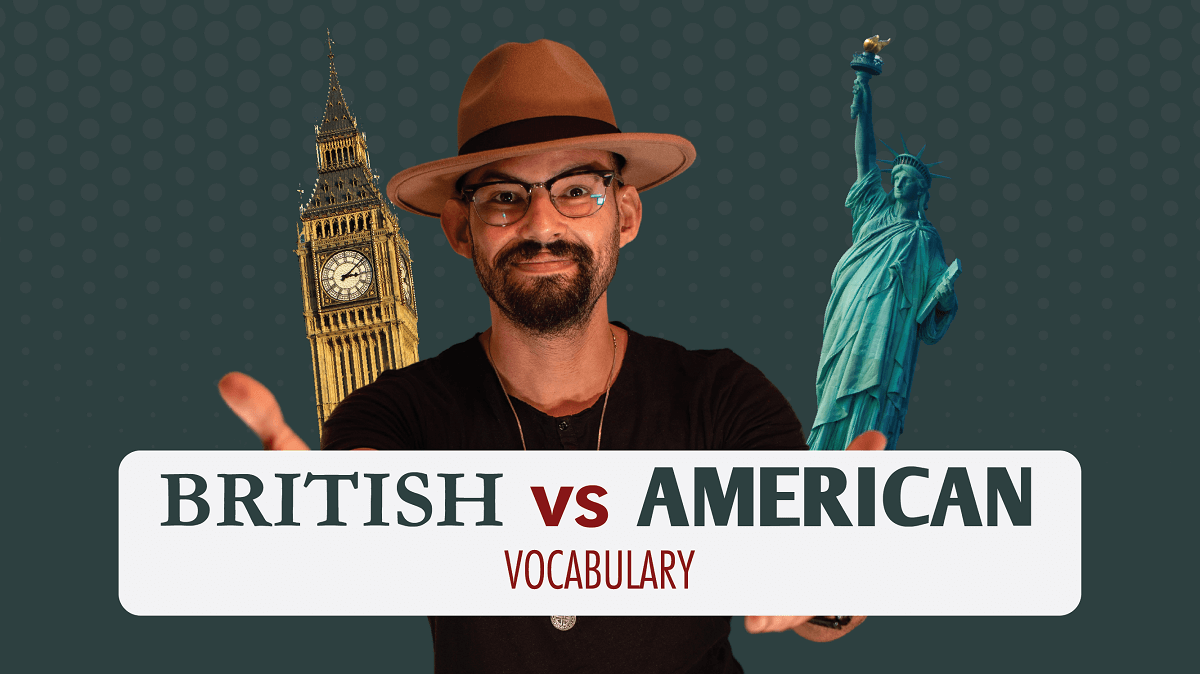 Here are some of the main differences in vocabulary between British and American English.

This page is intended as a guide only. Bear in mind that there can be differences in the choice of specific terms depending on dialect and region within both the USA and the UK.

Given the number of places around the world that English is spoken, differences are bound to emerge.

Despite how much the USA and UK have in common, there are enough differences between their two versions of the English language that someone may not always understand exactly what someone from the other country is saying.

Not only are there 160 distinct dialects of the English language, but there’s also different spelling and even words, used to describe one or other thing. Fortunately, the US State Department has created a series of these useful graphics to help clear things up between the British English Vs. American English usage.

Did you know that the difference between spelling words like American color and British colour, or humor and humour, comes from the Brits adopting their now called British words, from Old French language?

When it came to America later, the spelling was simplified. And so is with many other American English and British English differences, as the adaptation of grammar took its part.

The US and the UK’s imperial histories and modern influence over the world have changed the English wording forever. Because it was exported to countries all over the world, it has been forced to accept different variations of the same language, the most known one to be the British Vs. American.

Even if you’re a native speaker of UK or US English, there’s a good chance you’ll learn something new here. Check the brilliant graphs about British Vs. American English language differences below.

previous25 common mistakes in English
nextStop saying: “How are you?” // “I’m fine thank you”