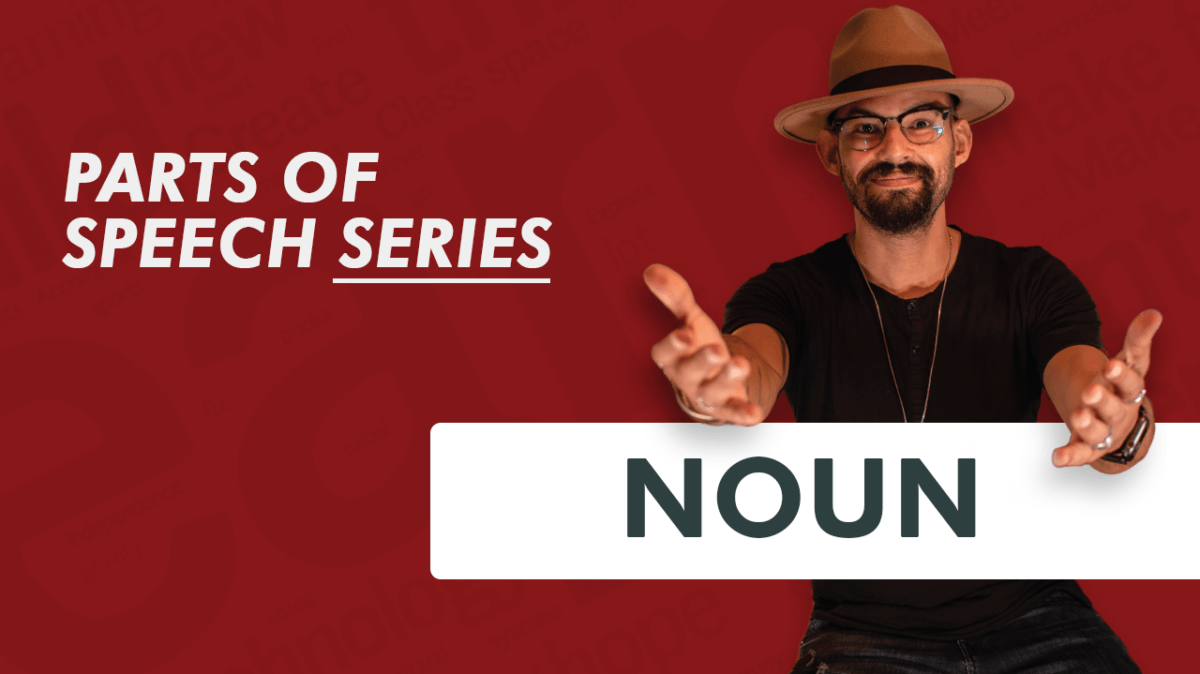 Nouns are used to name people, animals, places, objects, emotions, and abstract ideas. They are the words that babies typically learn first, pointing at objects or people and repeating what they have absorbed.

In English, most nouns can be used to refer to either gender. For example, an accountant, a chef, a teacher, and an engineer can be male or female. While many other languages (French, Arabic, etc.) assign gender to inanimate objects, English does not. This simplifies learning as students need not memorize this additional information. Some words in English are gender-specific, however, such as waitress, steward, and policeman.

Most nouns are pluralized by adding “-s” or “-es” to the end (tables, chairs, brushes). Nouns that change structure in the plural form are known as irregular (children, mice, men).

In this section, we will be discussing countable vs. uncountable nouns, quantifier nouns, collective nouns, compound nouns, and various types of pronouns.

Some nouns cannot be made plural and cannot be divided into separate elements because they are substances that we cannot count:

We cannot say “two musics,” “four rices,” or “three happinesses,” but we can say “two types of music,” “four grains of rice,” and “three instances of happiness.” These are called uncountable nouns and are treated as if they were singular:

Indefinite articles cannot be used with uncountable nouns, such as “a money,” or “an electricity,” even though they quantify a single item. We can only use those articles when they are separated by a countable/measuring noun (piece, can, pot, cup, handful, etc.):

Besides articles, we can also use quantifier nouns with uncountable nouns, such as:

However, there are a number of words that can be both countable and uncountable, depending on the way they are used (chicken, paper, time, hair, room, sugar, water, soda, etc.). For example:

There are some nouns that appear to be plural because of the “s” on the end but are treated as singular nouns (news, acoustics, classics, linguistics, species, etc.).

There isn’t a specific rule about which words are countable and which aren’t. The English language can be illogical, and the only way to learn certain exceptions is through memorization and repeated exposure.

Check the other articles to know the other 8 parts of speech.